In Praise of Forest Glen 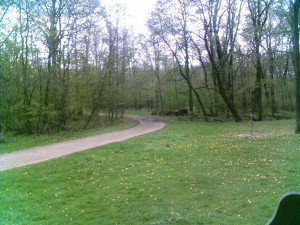 In 1988, I attended my first event at Forest Glen Preserve. It was a RevWar event sponsored by the Northwest Territory Alliance, and I fell in love. A beautiful secluded forest preserve in Vermillion County, near Danville, Illinois but close to Indiana. The staff was helpful, the field for the tactical large, there was a great camping area and it had a modern log cabin and barn, built according to historical specifications. In the next two decades, I attended most of their AWI events (ACW events were held across town in their sister park, Kennekuk Cove). I even organized three “medieval” events for a fantasy LARP (this was before Regia made an appearance in the states). Most of the LARP’s events are closed to non-members—or at least to persons nor willing to wear non-modern clothes—but these were open to the public. The site demanded this, and a lot of people were pleased about it (one happily described it as a demo they didn’t have to elaborately plan; they had, of course, never been to any living history events!). Others, of course, did not like it.

Bad weather, health problems and a reticence for such an event stopped these events. But in 2004, as Micel Folcland was being organized, we contacted the park to throw a Regia event there. The site, used to LARP functions, were delighted, and we had a good turnout. We’ve held many other events there, and we have a very good relationship!

We will be holding our sixth Folcland Fest there this coming weekend. If it’s like all the others, it will be fun and well attended by Members of the Public. Attendance is free, and we’ll love to see and talk to you! See details at http://www.micelfolcland.org/folcland_fest_2011.htm

For more information on Forest Glen, go to http://www.vccd.org/giforestglen.html. You can see photos of the park at http://www.co.vermilion.il.us/park01.htm. It’s a fun place to go even when there are no special events going on!