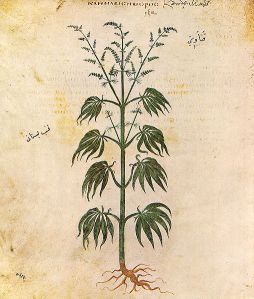 When I decided to do an Anglo-Scandinavian leech impression on the line, a few things occurred to me. The first was how to display the leeches. There were plenty of canisters and jars from the eighteenth and nineteenth centuries, but there was very little evidence for what was done in earlier days. A few people suggested that leeches were just kept in the pond out back. But as I read further, it become increasingly evident that the worms were not used inAnglo-Scandinavian  England of this period (nor undoubtedly in the rest of England nor in Scandinavia). After reading treatises of the time on bleeding, I became certain not only that bleeding was done by piercing parts of the body but that the laeces knew that bleeding could be much more harmful than it could be theoretically beneficial. Times were listed when bleeding was warned against, and there are warnings that a patient should not be overbled. This rather sagacious commentary was forgotten later, when nearly a third of George Washington’s blood may have been removed to cure him (right before he died, possibly from blood loss). The leeches were tossed out (well, most of them. One named Læknir the Leech was kept because one of the mmbers of the group was smitten with the name).

I found a source for medical instruments of the time, Daegrad tools. Three were offered: a scalpel, a bone saw and, to my delight and while not terms as such, a fleam. I made a leather container for them; I have no documentation for such an item, but I needed someplace to kep them!

This meant that I needed a bleeding bowl. The styles available were all from later periods, and there was no evidence that they were used in our time. I found an illustration showing a bowl being held beneath a dripping wound and, having seen nothing else, decided that was the shape that I needed. I had too few ceramic jars that could hold the herbs and other ingredients. I had an idea of what I wanted. I contacted old friends, Mike and Sarah Wisdom of Hearthstone Arts. They love doing accurate reproductions, and I was able to show them period illustrations of what I needed, and they agreed to make a number, as well as the bleeding bowl.

I already have three leechbooks that I had assembled, two leechbooks from he tme and one a compilation selected from these and other sources. Since only one book of this period and place that I know of—the Stonyhurst or Cuthbert gospel—has not been rebound, I looked to it for the method of binding the book. It was bound in a style similar to Coptic binding, and I have done several variations, all experimental, trying to find a reasonable alternative. (I have one that I like now, so I may be reproducing these leechbooks again using that style!)

Because two ingredients in very many recipes was hemp and dung—and for legal and other reasons I hesitated to include the actual raw materials—I found a source for plastic cannabis leaves and, at a local novelty store, dog poop. Granted, many recipes called for boar or sheep dung, while others just mentioned dung, but finding plastic versions were impossible, and I’m certain my wife would divorce me if I carried around real dung of any type even if I had wanted to! These formed the basics of my pharmacy, and it is amazing how easily they engender conversations with MoPs!

Using red linen, I hand stitched a band that could be wrapped around the head to cure headaches. It was to contain crosswort.

A short and informative text from he turn of the last century on Anglo-Saxon leechcraft is available at http://www.archive.org/details/anglosaxonleechc00welliala.

This entry was posted on October 24, 2011 by folo1. It was filed under Uncategorized .